The next stages of the Geste Group (s) will take place on Monday, December 9, 2018 at the Théâtre Victor Hugo in Bagneux.

The artistic pre-projects “Mime and Gesture Arts” must reach us by midnight on Sunday June 9, 2019.

Presented by companies or solo artists whose head office is in France, these future creations should be offered to the public from the second quarter of 2020.

The Gesture Group (s) will meet on Monday, July 2, 2019 to select the 6 pre-projects that will be presented to members of the GG (s) and professionals of the show in December.

Thank you for distributing this information in your networks and files. 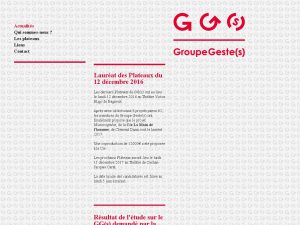