It was Ludovico Zorzi, in the seventies and early eighties, to work systematically on the canvases of the Commedia dell’Arte with a view to obtaining a complete picture of inventory and transcripts, and thus have the tools to deeply understand nature and Theatrical mechanisms “suddenly”.

The death of the scholar, in 1983, interrupted this massive work, but some of his students continued to study in that direction. One of them, Annamaria Testaverde, in collaboration with Anna Evangelista, now brings together in this volume a rich collection of the most interesting canovacci, or scenarios that you want, all from sixteenth-century prints or manuscripts. We know that, from the end of the sixteenth century to Goldoni, we recited “subject”.

But what were the subjects? How were they written? What are their linguistic characteristics? In this volume, seventy-four are collected from those in the Golden Age of the Commedia dell’Arte: the seventeenth century. Reading these canvases can understand the cultural level of the actors-authors who wrote them: the classical knowledge on the one hand, the inextricable play of debts and credits with Spanish, English and French coevo the other. 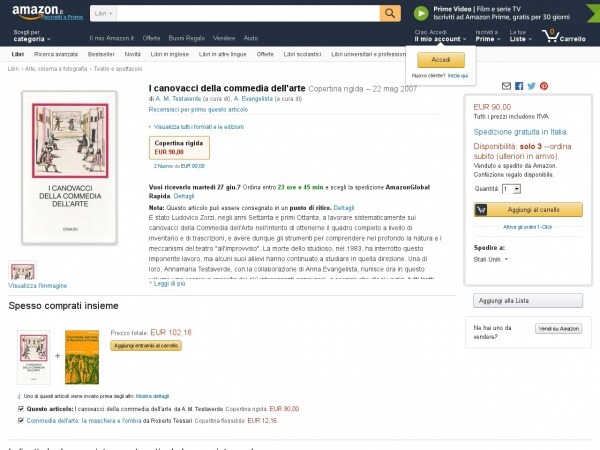