The origins of the theater date back to 500 BC, to the religious rites of ancient Greece.

The mimodrama dates back to Theocritus, to the representations of popular life, to the festivals in honor of God Dionysus during which he began to make use of the mask. The ancient Romans mimed political situations by inventing satirical pantomime. Also in the city of Atella, a mute genus developed, the fixed atelier farce, ancestors of the stereotypes of the Commedia dell’Arte or the Theater of the Zanni.

The head of the Zanni family was the servant Arlecchino. In the sixteenth Commedia dell’Arte, the face was covered with a mask capable of fixing the typology of the character. Designed by Deburau in 1665, the melancholy Pierrot will come down on stage, like his predecessors, will be eternally in love and rejected. Starting with Molière, the mask’s use will gradually change to disappear to leave room for the exfoliation of the face, the character. With Carlo Goldoni, the character comedy will flourish.

In the ‘900 Charlie Chaplin will open an important chapter on mime art. Wandering through the London streets of the 1920s, here’s her romantic hero named Charlot, desperate and alone. Etienne Decroux in his gesture grammar will cover his face with a veil to let only body mass speak. For his disciple Marcel Marceau, instead, his face and hands will represent the pillars of gestural eloquence as in Oriental techniques … 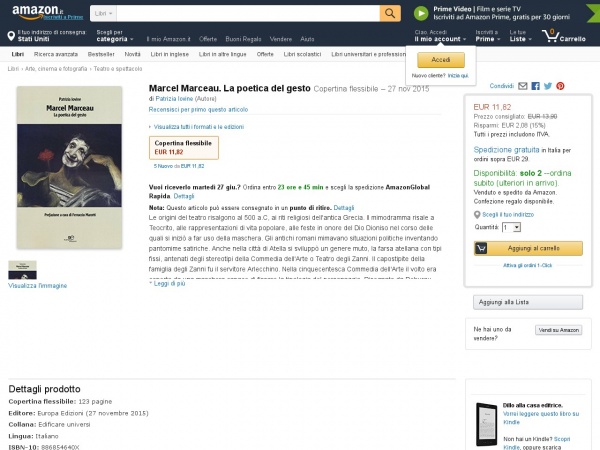