From the very beginning of his artistic career, Carlos Martínez has created pantomime pieces based on Bible figures and texts – first “Psalm 23”, then “The Creation”, “Noah”, “The Three Wise Men” and “The Last Supper”. The piece selection is steadily expanding into a full-length work titled “My Bible”. For the first time, this will be published as a complete program in 2016 as a DVD in the German book trade under the title “Still My Bible”. On the occasion of the 500th anniversary of the Reformation in 2017, he is touring increasingly in Germany and Europe with the show “My Bible”.

In December 2017, the Belgrade-based “World Mime Organization” association honors Carlos Martínez with the WMO Award for his outstanding contribution to pantomime art. 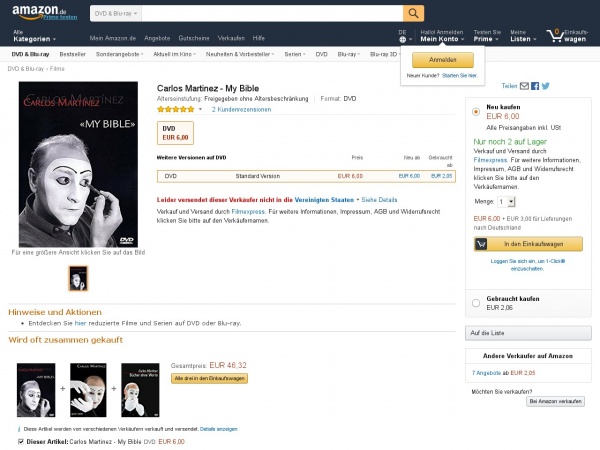