A Sourcebook (Worlds of Performance)


Bertolt Brecht turned to cabaret; Ariane Mnouchkine went to the circus; Joan Littlewood wanted to open a palace of fun. These were a few of the directors who turned to popular theatre forms in the last century, and this sourcebook accounts for their attraction.

Popular Theatre: A Sourcebook follows them around the world, from the bunraku puppetry of Japan to the masked topeng theatre of Bali to South African political satire, the San Francisco Mime Troupe’s comic melodramas, and a ‘Fun Palace’ proposed for London.

The book features essays from the archives of The Drama Review and other research.

Joel Schechter is Professor of Theatre Arts at San Francisco State University. He is the author of several books on political satirists and circus clowns, including Durov’s Pig: Clowns, Politics and Theatre (1985), Satiric Impersonations (1994), and The Pickle Clowns (2001). 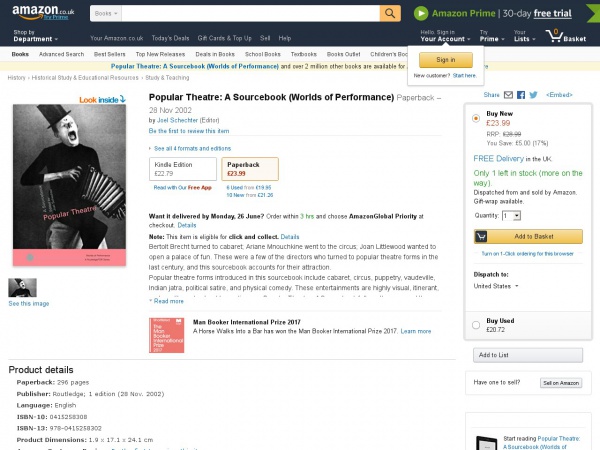