Standing on the Shoulders of Marcel Marceau

Book Description: There are a lot of jokes made about Mimes but this book is no joke. Follow Rosemarie on her journey as she discovers the amazing world of silence as a Mime. She shares her journey from student to Master; mime technique; starting a company; brief history of Mime; Mime verses pantomime; introduces other Mime artist; and published articles worth restating.

Rosemarie is a writer/reviewer for San Diego Theatre Reviews and has been published in several magazines. She is an award winning mime/clown. Her company Imagination Express All Aboard has brought their program “How Loud is Silence” to thousands of children and adults since 1998. She has journeyed thousands of mimes to promote the Art of Mime.
How It Began . . .
A Deeper look into Mime was published in 1986 and is located in the Southwestern College Library in Chula Vista, CA as an Independent Study. In this year of our Lord 2014 this same author/writer will take another look into Mime after 33 years’ experience working and teaching Mime.
Most people are curious about why Mime? I always say “I think Mime picked me”. After raising my family and working as a hairdresser for 20 years I decided I wanted to be an entertainer. In my 36 years I had dabbled in dance and acting. (I think I am being a bit modest here!) I signed up for singing class at Southwestern College in Chula Vista, CA and one day while quenching my thirst in the student union a gaggle of Mimes appeared. For some reason, I really cannot explain I got really excited. Not just a little excited but over the moon excited. I kept asking the Mimes questions like. What is this about? How can I find out about this? Naturally I got no answers and then finally one of the Mimes brought the teacher Professor William Virchis over to me. I think I was following him out the door after he informed me that I could not enroll until the next year. (I had to wait a whole year – What?) Mr. Virchis looked into my eyes (into my soul) in the door way and said: “Not only are you going to do this, but you are going to be great at it”. I felt like it was a God Moment. I don’t know if that is a clear description, but it was a spiritual connection I had never experienced before in my life. I was hooked on something I knew nothing about and excited about the new door that I had to wait a year to open.

Rosemarie Ballard is a multi-talented mime master, entertainer, actor, author, impersonator, professional clown and master teacher.
She has appeared on the same billboard with people like: David Cassidy, Tom Bossley, The Fifth Dimension, Les Brown and His Band of Renown, and The Platters. Although she is based in San Diego, she has worked in Hollywood, Palm Springs, Las Vegas, New York, Canada, Mexico and even the Philippines. She has five TV commercials under her derby as Charlie Chaplin, did a cameo on Good Morning America as Carmen Miranda. She also enjoyed a special performance at the table of President and Mrs. Gerald Ford and an audience of 1200 people at the Bob Hope Classic Ball held in Palm Springs. She graduated from SDSU with a BA in theater. Her passion is Mime. At present she is the founder and Artistic Director of Imagination Express ALL-ABOARD! She loves to perform no matter what the media, TV, radio, video, stage, or film, and has experience in all. Her motto is Love Life. 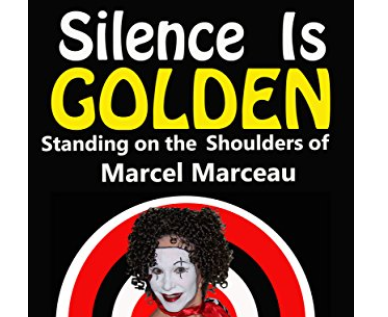