The history and stories of the Commedia dell’Arte know the long times of the production method that remains the same in itself in the deep for almost two centuries.

But are based on the short times of life and everyday life, of the strategies that have been put in place from time to time, of the occurring incidents and of introducing the “academic” culture of women in zannesche aggregations or pushing such comedians to detect the distance between themselves And “infamous comedians”.

In this book, Taviani manages to look at short times in the light of long times, subjective and contingent daily through the necessity of remaining structures, modes of production and forms. The exterior look, that of viewers and historians, catalogs and selects the elements of the Commedia dell’Arte and makes it structures and necessities; But comedians do not travel, do not recite, do not live in the theater with these needs and for such structures.

The secret of “Comedy Suddenly” is in the interweaving of many stories, and the book is built on multiple levels of organization and research.

The introduction with his images and the notes at the bottom of the volume carry parallels and the margins of the text, and the two parts in which the book is composed are interdependent, autonomous and speculative. 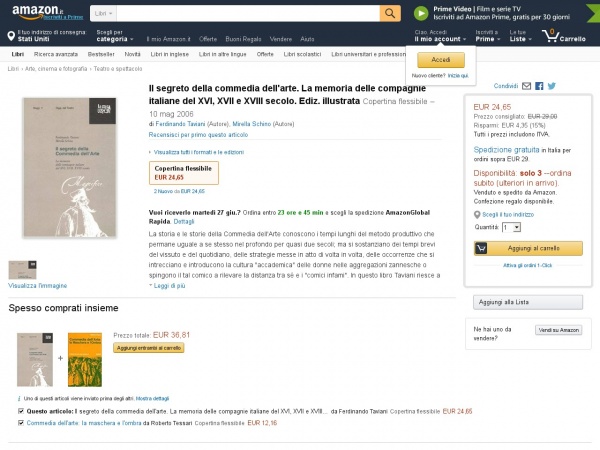