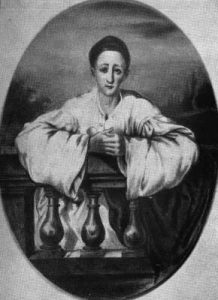 No definition will please everyone but that said, pantomime is the art of using movement and facial expressions rather than primarily the spoken word to communicate. The word pantomime has been used to refer to both an individual as well as an actual production or performance. An individual can also be called a mime but the contention of some that pantomime can only refer to a production is contrary to both the historical and modern popular usage of the word.

In contrast to pantomime skills which evolved from dance and circus related acrobatics which is recognizable in the early silent films, there seems to be a deficiency of pantomime as an independent modern art form. Most pantomime is presently seen presented within other forms of theatre rather than as an art to itself. Many clowns use elements of pantomime rather than presenting themselves strictly as a mime.

In addition, one acting things out in a situation to communicate where one doesn’t speak the local language might easily be described as “mimicking”. Dance interpretation of music has also long been regarded by some as a form of pantomime. These are all example of using the pantomime’s skill of silently communicating through body movements without actually being a mime.

The Greek “pantomimus” which literally translates to “imitating all” was a highly regarded form of solo dancing often accompanied by music which encompassed both comedy and tragedy. It’s popularity was also widespread amongst the Romans until the Christian church forbade it’s public display. Some contended that this Roman dance form managed to survive through the middle-ages but this is often disputed due to a lack of evidence. Different forms of theater have tended to justify their legitimacy by claiming to be based on such older traditions which might suggest a motive to such questionable claims.

The Italian renaissance improvisation theater known as Commedia dell’arte ushered in a new form of pantomime during the 16. Hundreds which spread throughout Europe, England and the world but particularly established itself in Paris. Specific characters including Pagliaccio or Pedrolino (known as Pierrot in English) or Arlecchino (Harlequin) were the set stars of these productions.

The term pantomime is closely associated with the general ability to communicate beyond the barriers of language or class. With this in mind, many performing troups travelling from England performed throughout Europe from around the year 1600 without needing to learn the local languages. Many elements from the Commedia dell’arte were to be seen in their repertoire.

By then a popular alternative to the royal ballet was a danced form of Comedia dell’arte which was known as a pantomime. Throughout Europe dance companies performed these musically rich pantomimes which tended towards multiple set and costume changes. In Paris, such pantomime shows were limited to the fairground theaters and were exclusively without spoken text due to fears of financial competition to the normal theater.

In the 18. hundreds such pantomimes served another function for the high society. After the death of the “dancing” king Louis XIV in 1715 they were used to justify the absolving of rules which limited the use of music in their performances by French royal customs. Loosening the rules of the high society performances which mandated narrow corsets for opera singers or certain poses or regulated lines from the tragic actors was seen as a new unlimited freedom, truth and naturalness which pantomimes helped to put in the dustbin of history. Writings from Jean-Baptiste Dubos (Réflexions critiques sur la poésie et la peinture, 1719) and Denis Diderot (De la poésie dramatique, 1758) to Johann Georg Sulzer (Allgemeine Theorie der Schönen Künste, 1771) give plenty of examples of such developments.

In his writing Ideas for a Mimic (1786) Johann Jacob Engel brought together many of the ideas of his times. One basic concept was that in contrast to manipulated spoken rhetoric, the art of silent gestures and mimicry expressed the true inner spirit of an individual. Such expressions were seen as genuine instead of artificial, bursting forth unaltered from the very soul of the actors. This theory was unseparable from the social and political environments of the time. The fairground theater pantomimes were quite popular, their authenticity highly valued despite their lowly origins – just like some modern forms of music (jazz) and dance (tango).

In England in 1688 the Glorious Revolution had brought many social freedoms to the theater which influenced the Continent and which were carried further by the French Revolution of 1789. The dance instructor John Weaver justified dance innovations in his writing History of the Mimes and Pantomimes (1728) based on their expressiveness. The French dancer and choreograph Jean George Noverre partially based his reform of the royal dance on Weaver’s ideas. He distinguished dance on the stage from classical ballroom dancing by it’s use of “natural movements” and promoted a new form of action-packed ballet. But his developments seem more based on the traditions set by the fairground pantomimes and visiting English actors like David Garrick rather than the theories of the time.

The popular pantomimes of the 19. Hundreds were still seen as an oppositional form of entertainment to the royal ballet and were limited to theatres where such ballets were not presented. The English pantomimes were based on these dancing pantomimes and closely related to the circus world. One of the best known English pantomimes Joseph Grimaldi was a well known founder of early clowning. Grimaldi set each story to certain fixed characters. There is still an ongoing tradition with strict rules in England of such performances being presented at Christmas time. From the 1850’s music halls perfected the commercial aspects of certain pantomime skills which were later to be seen in the silent film comedies.

“Living picture” was the name given to scenes posed for painters or photographers, cultivated by Henriette Hendel-Schütz which became known as another form of pantomime. A further source of influence on pantomime was the gymnastics of the early 19. Hundreds which contained much more theatrical elements than today. The modern pantomime Jacques Lecoq started out as a gymnast and Jean-Gaspard Deburau was an expert in the martial art of staff fighting. Deburau was really the creater of the modern stylish French mime. He developed the poetic, melancholy “Pierrot” figure and his performance in the film “Les Enfants du Paradis” (1945) from director Jean-Louis Barrault is an icon.

The soaring popularity of pantomime after the French Revolution was tied to the heavy censorship of the theater. Pantomime became associated with subtle criticism of politics or society without the risk of openly using inflammatory text or rhetoric.

The starring role of many a melodrama through the ages, for example The Dog of Aubry (1814) was done in pantomime. These principles of silent expression were incorporated into the opera by Portici in “The Mute” (1828). And many of the circus programs of the 19. Hundreds gave prominent roles to multi-talented mimes.

The careers of Variety performers like Carl Godlewski showed that after 1900 the borders between pantomime, circus arcrobatics and dance were very fluid even at the highest levels. Modern pantomimes like Étienne Decroux (who was also to be seen in “Les Enfants du Paradis”) showed influences not only of the Music halls and silent film techniques but also by attempts to reform the Ballet by François Delsarte, likewise by expressionist dance developments by Emil Jaques-Dalcroze and Rudolf von Laban. These forms of experimental movement theatre were presented at the Monte Verità a Swiss commune of vegetarian pacifistic artists and by the end of W.W. I had established a genre distinctly different than Ballet or ball dancing. Silent film stars like Buster Keaton and Charly Chaplin were examples of mime skills being taken from the theater, used in a new media (film) which in return had great counter influence on the theater.

In the 1930’s Decroux founded the first pantomime school in Paris based on the ideal of “pure mime” independent from dance and acrobatics. Some of his better known students were Jean-Louis Barrault who incorporated his mime skills into his acting and Marcel Marceau who perfected and popularized the stereotype of the solo mime performance. Decroux’s interpretation incorporated efforts by reformist influences in the theatre by Max Reinhardt, Bertolt Brecht and Meyerhold which reduced acting to clear bodily expressions and movements which were stylized rather than natural. New ideas for mimes were also taken from the martial arts.

The Austrian/Israeli pantomime and expert in body language Samy Molcho rejoined the modern pantomime skills once again with ballet as did the Swiss performer Dimitri with clowning, which itself had a new growth in the clown, fool and jester movement of the late 1970’s and early 1980’s. While Marceau mostly performed solo, Ladislav Fialka in Czechoslovakia, Henryk Tomaszewski in Poland and Jean Soubeyran in Germany were instrumental in dancing or acting troups.

The École Internationale de Théâtre from Jacques Lecoq in Paris and the Scuola Teatro Dimitri in Verscio, Switzerland are schools for the professional development of pantomime. Despite many efforts towards a “pure” pantomime the word today is very loosely used the skills are often incorporated into other forms of dance or performance art. The influence of pantomime can often be seen today in street performances or breakdancing. The “classical pantomime” as stereotyped by Decroux or Marceau seems at present to have lost much of it’s popularity and many contemporary pantomimes struggle to find the opportunity to present their art in a pure form. Some might say that the idea of Marceau’s L’ Art du Silence has itself become nearly silenced.