If Elizabethan theater could count on a common language and take care of the rhythm of verse and text, for the Italians vice versa others had to be recognizable elements: pauses more than words, mimic more than lyrics, jargon more than speech.

For four centuries, the thread of an identity mediated by laughter is shaped, shaping the common character of the Italians built with the strength of jokes, tricks and tricks, mortal jumps and miseries.

Arlecchino, Pantalone, Pulcinella are prototypes of that mixture of cunning and wickedness that until Toto have always triumphed the same tricks, the same quick gestures, the same burles. 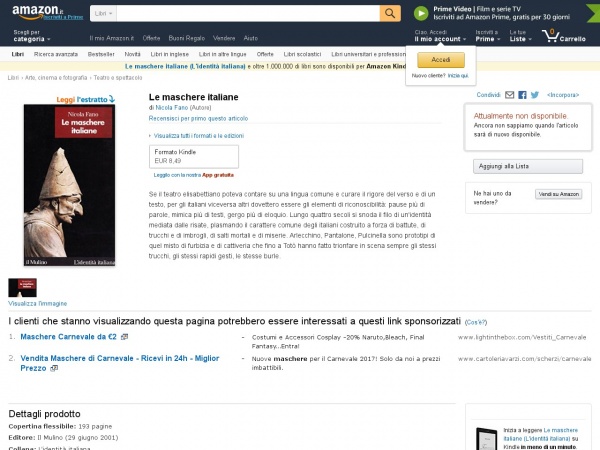