“Pantomime Mozartin” brings us into the Art Comedy.

The Commedia dell’Arte is one of the most extraordinary theatrical phenomena produced in history. Its cultural and popular incidence has spread throughout Europe for two centuries in an obvious fashion, and has influenced the theater all over the world to this day.

The Commedia dell’Arte is a theatrical style that constantly refers to the comic mask. The mask is a physiognomorphic object. In Mozart’s Pantomime, this unknown opera by Mozart’s Faschingspantomime was re-built in London between 2005 and 2006.

Giovanni Carpanzano staged it for the first time in 2006, rewriting and directing it to the Rome Clock Theater . 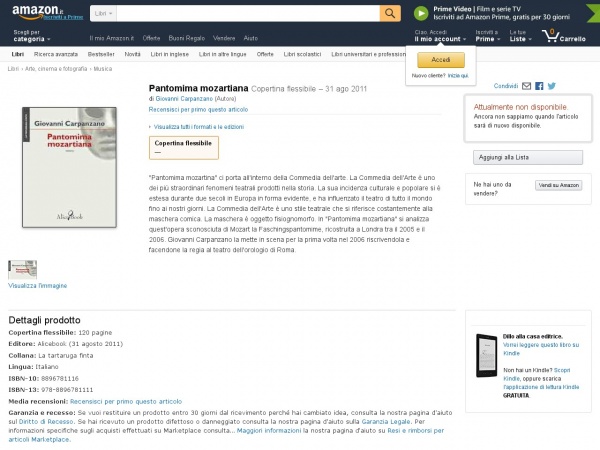