We owe the contemporary image of Pierrot to the famous mime Jean-Gaspard Baptiste Duburau, who replaced the ruff and wide white hat of the commedia dell’arte character with the long blank face and black skull cap that we recognize today. Charles Duburau, his son and also a mime, was asked by Nadar and his brother Adrien to pose for a series of “têtes d’expression” that would serve as publicity for the brothers’ struggling studio. The series was an enormous popular success 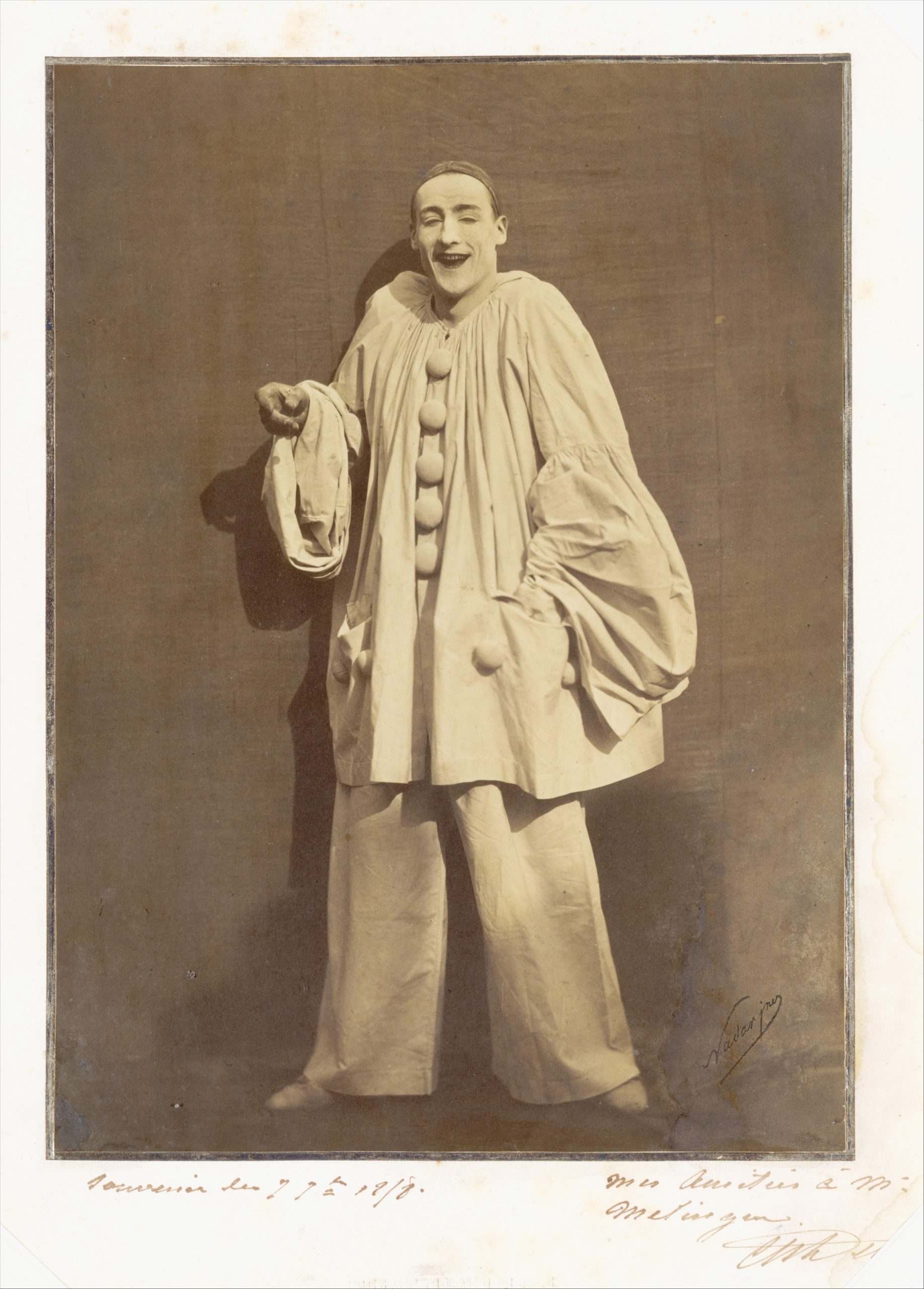 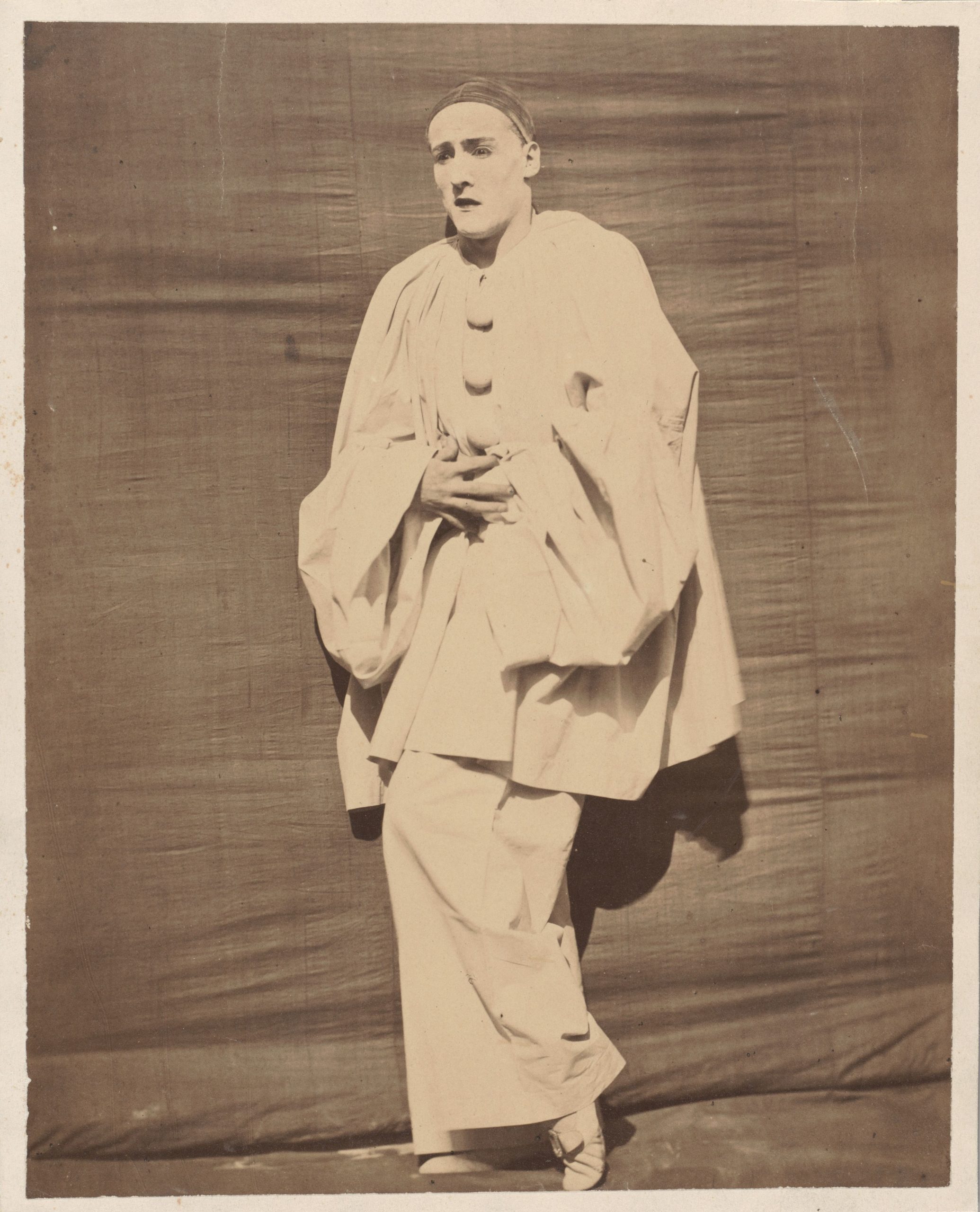 During the time they worked together, the brothers Tournachon made a series of large photographs of Charles Debureau, son of Baptiste Debureau, the famous mime of the Théâtre des Funambules. These photographs attracted much public attention and won the gold medal at the Exposition Universelle of 1855 in Paris.

Designed as an elaborate publicity campaign for the photographers, the suite of more than fifteen photographs of characteristic expressions forms an episodic visual narrative of the comical misadventures of the pantomime character Pierrot. This photograph shows Pierrot in an attitude of pursuit or flight. Despite the immobility required by the relatively long exposure, the simulated movement is wonderfully expressed. A static, splayed demonstration of action in a shallow space, the picture’s content is as concise as a dictionary definition, its form as legible as that of a runner on a Greek vase. 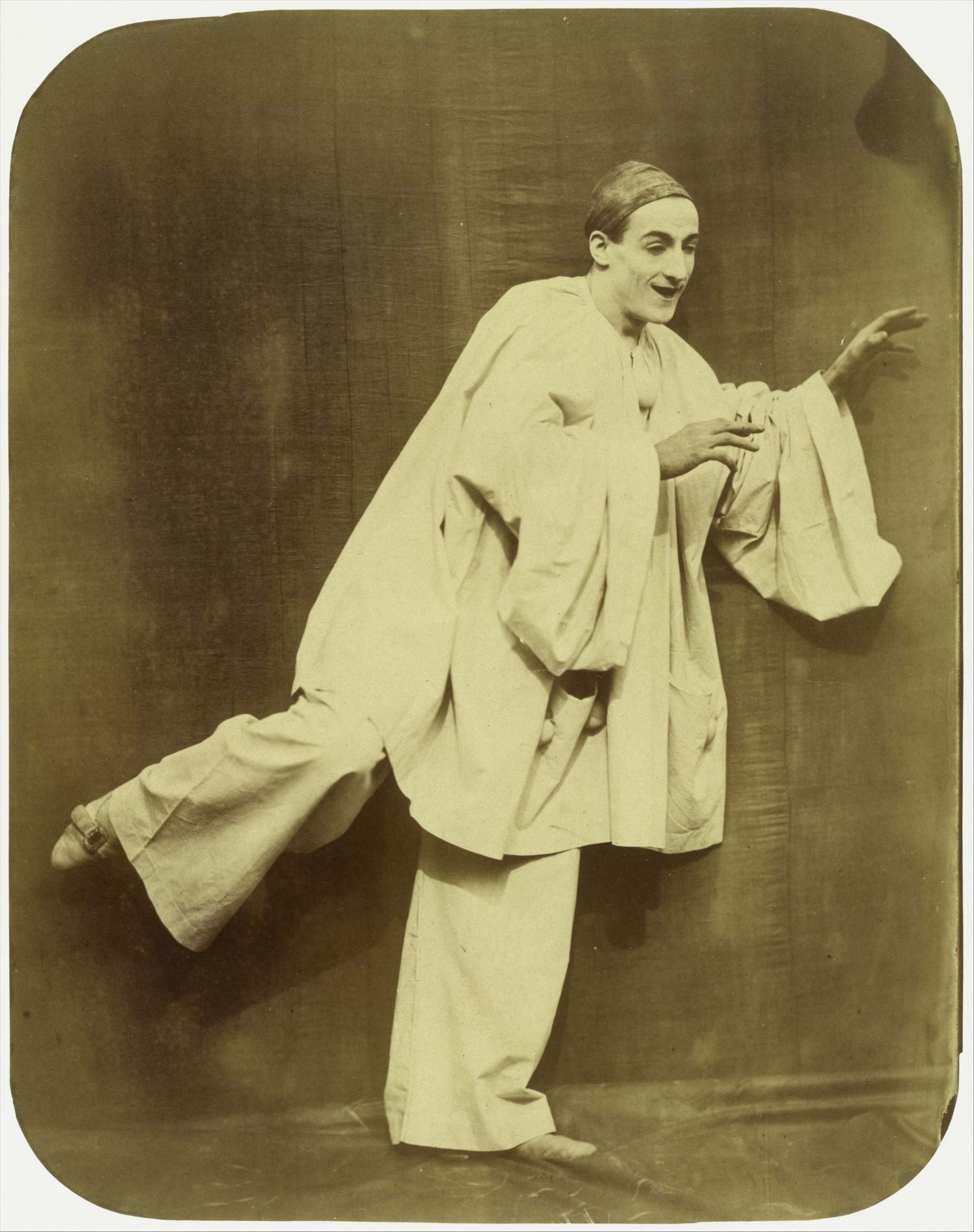